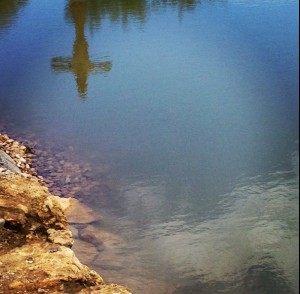 …Jesus went up to Jerusalem. Now there was in Jerusalem by the Sheep Gate a pool which was called Bethesda…In these porches lay a multitude of people who were sick, blind, lame, and withered, waiting for the stirring of the waters; and it was believed that whoever stepped in first was made well.  A man, with illness, waited there for thirty-eight years.  And Jesus saw Him…

Scripture tells us the afflicted man waited for thirty-eight years, coming to the pool of water at the Sheep Gate…at a place called Bethesda, meaning, House of Mercy.  The Sheep Gate was the first gate to be restored by Nehemiah when the city wall was rebuilt. For generations, the Jews led the sheep through this gate and would then lead them, into The Temple for the sacrifice. The broken, poor, ill, and withered people would wait at the pool to enter the waters for healing…They came to the Sheep Gate to wait…And on this day, The Lamb of God, Jesus of Nazareth, the only perfect sacrifice, stood at the Sheep Gate…seeing the people…seeing the man.

A few years ago I was on my way back to Waco after taking night duty for our two-week old granddaughter who lived in Ft. Worth at the time.  I had an hour before The Community Prayer Group would begin to pray at 10:00 sharp so I stopped by the grocery store to pick up some refreshments, parking unusually close to the building; I usually parked and walked.  I spoke to two people, one catching my attention, as I entered the store.  A gentleman stood by the door…on crutches standing on one leg, the other amputated above the knee.  He was holding a small grocery bag and had a non-assuming, yet friendly smile.

I hurried through the store and gathered the items I needed for the morning and at the check-out counter I opted for cash back from my transaction.  I am one of those who does not carry cash, but on that day, I wanted to give a small donation to the ministry, The Elegant Ladies Haven, which my friend founded to minister to women of the community who find themselves in desperate circumstances.  Ms. Linda would be at prayer today and I thought that I could just hand her the money.

After placing my items in my car, I looked up and saw the busy morning shoppers rushing in an out of the store, but the quiet un-assuming man was slowly walking toward my car.  He stopped a short distance away and stood smiling. I did not feel any concern or alarm.  In fact, I found myself stepping out toward him as he politely spoke, “Excuse me ‘Ma’am’, could you spare a little cash?”

I waited to answer him, looking into his eyes; they were clear and friendly, but obviously burdened.  “What is your name sir?”

His response surprised me.  That thought had not crossed my mind…“Reggie, I do not think that you are a bum.  Please, would you tell me a little about yourself?”

He began to explain that he had been employed by Goodwill and had recently lost his job.  He had an elderly mother and two daughters at MCC, the local community college, and he tried to help the three of them as much as possible.  He then became quiet and stood still on his crutches…waiting…waiting…

After a few moments of silence, he had nothing else to add, I answered him, “Reggie, I usually do not carry cash”…and before I could finish my sentence, Reggie smiled and nodded and started to turn on his crutches to walk away.

“Reggie, please let me finish what I was going to say.  I usually do not carry cash, but today, I did get a small amount that I was going to give to a friend for her ministry for people who are having difficult times.  I think that she would want me to share the money with you today.”

I reached into my purse and pulled out a portion of the money and walked over to him and handed it to him.  “Reggie, may God bless you today.  I am on my way to a prayer group and we will pray for you.  You know, Reggie, God loves you…”

Reggie smiled a huge smile as he reached out and took the money.  “Thank you, Ma’am, thank you very much.”  And he turned around and hobbled off on his crutches.

I stood still for minutes just watching him. What was tugging at my heart?  I knew that there was not much more that I could have done in those moments…and yet I was deeply moved.  And then his words sounded in my memory, “I am not a bum.”

And then it hit me…Reggie is a man, made by the Great God Almighty…God’s Word says that we are made in His image…and Reggie felt that it was necessary that day to explain and to defend himself…I looked up the exact meaning of the word that he used…Bum is defined as a good-for-nothing, worthless person.  And I realized why I felt saddened and even distraught…No matter what Reggie’s story was that day, he was not good-for-nothing, or worthless.  In God’s eyes, Reggie was good- for- something and he was valuable!  Did Reggie even know that?  I knew that I could have, should have explained it better to him.  Reggie was fearfully and wonderfully made; that we know very well.  Psalm 139:14

We prayed for Reggie that day at prayer and yes, Ms. Linda was delighted that I had shared some of the donation with him; after all, that is what she does!  Helping to see people through life.

I have since thought of Reggie quite often.  I can honestly say that there was a time in my life that I would have questioned giving cash to a stranger.  In my arrogance, my thought process would include speculations as to what the person’s needs really were and as to how the money would be spent.  Would it be used to feed an addiction or spent for life necessities? Is this person willing to work if he or she is able? Yes, at certain times in relationships with people, these questions should be considered.  But, there are other times…

Several years ago I was deeply convicted of some rather provoking thoughts:

When God gives me a gift, does He first evaluate my worthiness?  Does He first ask me what I will do with His gift and only then determine if He will give it?  NO!

If He did this, I would sadly not qualify for any of His goodness, His extravagance, His mercy and His love.  Yet, He gives me His gift of unconditional love, not based on my worthiness, but on the basis of His character, of who He is.  Then, when I am the recipient of His gifts, He gives me free-will to choose what I will do with them, how I will spend and invest them.

Consequently, a number of years ago, I adjusted my attitude towards gift-giving.  Long ago when people wore watches and did not depend on cell phones to tell time for them, it was common for a stranger to interrupt another’s life to ask for the time…and how silly it would be for that person to ask, “I cannot help you until you tell me why you want to know…What are you going to do with the information if I give it to you?”  Perhaps a silly comparison, but since most people do not approach a stranger to ask for a loan of great amount, we are speaking of minimal material gifts.  So the gift of the minimal amount of money I gave to Reggie was not the issue at all…we are talking about an amount for his daily bread.

What is the lesson here?  Why did my encounter with Reggie shake my heart?  As I have thought back over the incident, I have discovered several principles which have changed my life.

There are so many people who are waiting, waiting for the waters in their lives to be stirred.  Some are waiting for a restored relationship, for a job, for mental or physical healing, for marriage, for children…for a message of Hope…waiting for a miraculous touch…for a miraculous interruption…for a miraculous intervention.  The man at Bethesda had waited thirty-eight years for the waters to be stirred and for the opportunity to be helped in…but no one came to help him.  AND THEN JESUS SAW THE MAN.  What if his name had been Reggie.  Had Reggie waited for awhile, not so much for money, but for a touch, an intervention, or a message of Hope?  Had Reggie needed to hear and to know that he was not a bum…that His faithful God adored him?

The man at the pool needed what only Jesus the Messiah could provide him.  Not the stirring of the waters, but the stirring of his heart, the touch from the Miracle Master, the God of Love.  And Reggie needed the same thing…The question is not what we do with our money, most people are very generous…The question is what we do with our hearts.  And since that day, I have wished that I had said more to Reggie.  I wish that I had told him so much more about God’s faithfulness and about how much God valued him and his life.  That God had an incredible plan for him…Sometimes I laugh at the thought of telling him so much that I would have been chasing him in the parking lot…

The day at Bethesda may have been the one and only opportunity that the man had to encounter Christ…and Jesus healed the man by the way…In life, every day we encounter people that we will never, ever see again before eternity.  God stirred the waters in my heart and my life to enable me to realize that every moment, every encounter with my friends, my family, my acquaintances, and the strangers I meet…every encounter has the possibility of changing eternity.  God calls us to be His hands, His heart, His feet, His Light, His Love.  And He appoints meeting times…meeting places…meeting people.

His message of Hope and of Truth, and of Love is what stirs the waters…How many people are waiting…waiting…waiting…for Jesus?  I know that I have the responsibility to speak the message of THE GOOD NEWS when God appoints and anoints encounters….with friends, family, or strangers…like Reggie.

I also thank God for what I learned on that day in the parking lot of a busy grocery store.  I am thankful that God connects lives…that He connects our humanness to one another…that He stirs the waters by appointed meetings and appointed places…appointed people.  I am thankful that my Heavenly Father stirred my heart to compel me to want to embrace every opportunity with every person in my life…Yes, I still miss many opportunities, but at least He shook me out of my complacency. He stirred my heart with His compassion.

How many people are waiting…waiting…waiting?  May our lives reflect the messages of Hope and Love of our Jesus…May our encounters with people we meet be catalysts for them to embrace their
Savior, bringing healing and eternal life…

And so I pray,

“May our hearts be Houses of Mercy…Bethesdas…for those who are waiting.

In the name of Jesus Christ.” Amen.

“So Jesus said to them again, “Truly, truly, I say to you, I am the door of the sheep…I am the door; if anyone enters through Me, he will be saved…” 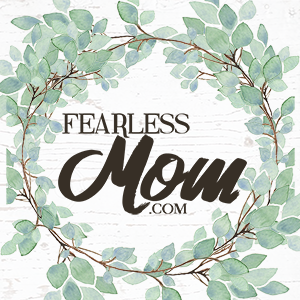 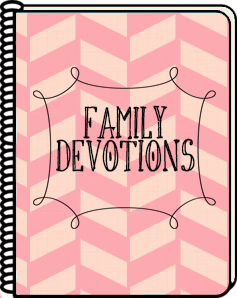